The making of semen 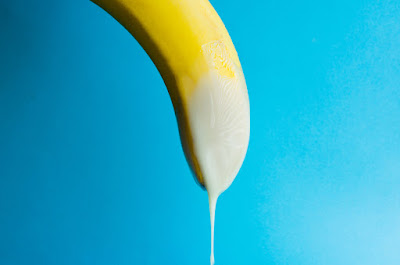 The following describes each organ that takes part in the making of the semen cocktail, in the order the sperm travels through the body on its way out. This will show you info on supplements to increase semen volume in the male body for best results.

Testicles Produce sperm cells and hold them until they are mature (takes 2-3 months). Once mature, sperm cells leave the testicles and enter your epididymis.

Although women are excited by the view of large quantities of sperm, the real benefit is that by shooting more sperm your orgasm lasts longer. Nothing better than feeling the endless sensations of spurt after spurt of semen pumping through the core of your penis!

Eating some smoked oysters everyday is a good way to start. It will increase your semen volume because of the natural form of zinc they contain. However, zinc only works on the prostate gland, which accounts for just 30% of the total semen.

Another trick is to splash cold water on your testicles everyday (for instance right after your shower in the morning). This will stimulate the blood supply and cool off the scrotum, thus increasing sperm production.

Research found that Soya products, like Soya milk and Soya protein can mimic the female hormone estrogen. A little of these probably won't harm but if you are a vegetarian and using them as the main source of protein, then don't be surprised if your volume of semen is low. On the other hand, eating products high in natural testosterone (like bull's testicles... yuk!) will boost your semen volume. Injecting yourself with anabolic steroids will do the same. Girls who have dated bodybuilder wanabees told me that these guys shoot enormous amounts of semen while they're on steroids. The problem is that once they stop taking it, their testicles shrink and their ejaculations become rather pathetic.
Posted by sLip2iNsaniTy at 3:50 PM 2 comments: